A year later, Couron, a senior, had the top height in the state …

Riverdale Ridge's Lucas Couron, shown during a descent into the landing area during the Longs Peak League meet in Longmont May 7, won the league title in the pole vault and is the top-rated pole vaulter in class 4A in the state.
Steve Smith
Posted Saturday, May 7, 2022 6:00 pm

Every now and then, you get a pop from a pole. You get a little higher in the air than you felt before, and you’re like, ‘Yeah, I want to do that again.’ It’s what I strive for every single weekend.”
Lucas Couron, Riverdale Ridge pole vaulter
Steve Smith
ssmith@coloradocommunitymedia.com

A year later, Couron, a senior, had the top height in the state (15 feet 7 inches) through competition last week.

Couron won the Longs Peak League pole vault championship on May 7 at Longmont High School. His first meet was a year ago May 7, when he jumped 9 feet.

“I’d score my team a couple of points, and that felt good,” Couron said. “One day, I went from 9-6 to 11-4. It was like, ‘OK, I think I can do this.’ Then I jumped 11-4 at state. I saw Becker Ell (a Thompson Valley pole vaulter who set the state record in the event last year and is competing at Colorado Mesa University) jump 16 feet. Ever since I’ve had the same mindset of ‘Let’s go there and jump higher than we did yesterday.’”

The secret is hard work.

“I get told a lot that what I’m doing right now, no one else does,” he said. “That’s pretty cool. But knowing the work I’ve put in and that everything has come together. It’s not that surprising. This is where I should be at.”

There were some frustrations before this season began.

“With COVID and all that stuff, then to come back in my junior year and know nothing about the vault,” he said. “I kept chipping away at it every single day. I would be sitting on the couch and be like, ‘How can I get better at this?” Then I looked it up on the internet and I tried it one day. If it worked, it worked. If it didn’t, it didn’t.”

That led to a lot of offseason work with training and technique and an indoor season before the Ravens’ season began in March.

“Before you start vaulting, make sure you do speed. Speed is everything in the vault, and you have to be fast,” Couron said. ‘Make sure you speed train. If you don’t have the legs to bend these big poles, then you’re going to see a lot of plateaus. There’s a little bit of upper-body strength, too.”

Couron, who drew some interest from Colorado Mesa and Colorado State University, plans to attend Eastern Washington University in Cheney, Washington, to continue his pole vaulting and to get a degree in business “until I know what I want to do.”

But before that, there’s the matter of sitting atop the heap in class 4A in an event that is brand new.

“I still experience new things. It’s not the same old thing, which I like a lot,” he said. “It’s fun. Every now and then, you get a pop from a pole. You get a little higher in the air than you felt before, and you’re like, ‘Yeah, I want to do that again.’ It’s what I strive for every single weekend.”

Photo gallery: Tagging out a ... banana?

School closures coming as enrollment dips again
Enrollment in Colorado public schools took another dip this school year, setting up reduced funding for districts across the state and raising the threat of further school closures. The problems — … 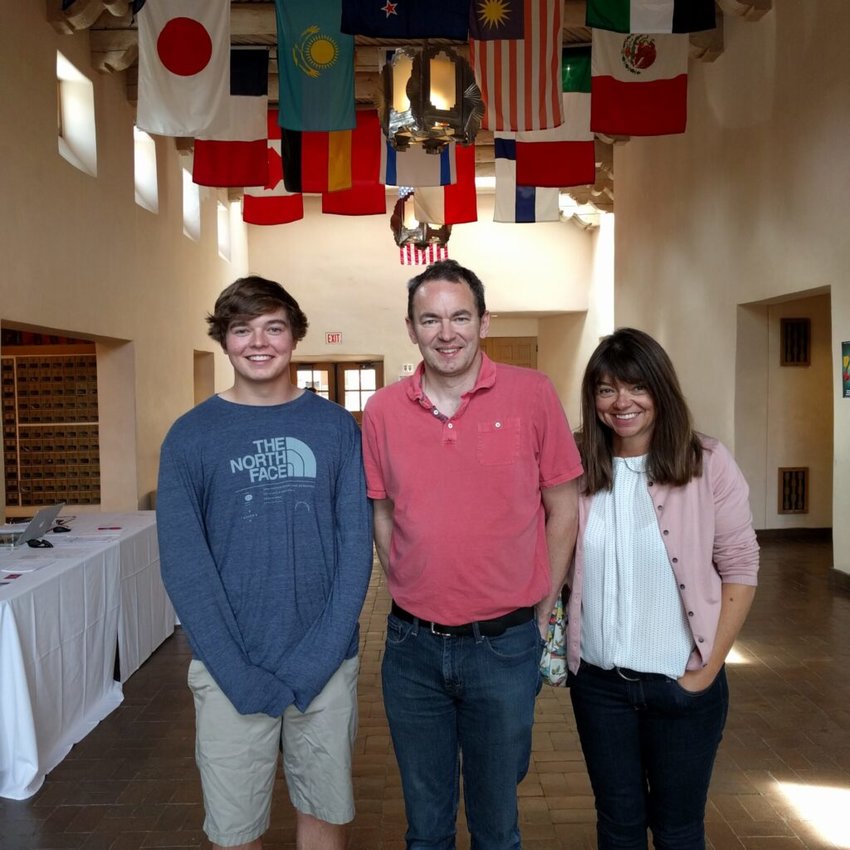 Not the 'June Incident,' but the death of Christian Glass
At 16, his car was his first real taste of freedom. At the age of 22, Christian Glass died in an incident involving a former Clear Creek deputy on June 10, 2022 in the same Honda Pilot he drove on his 16th birthday.